CSemVer in action: browse the versions, test your mind!

CSemVer and CSemVer-CI both offer long and short version forms. The short form is compatible with NuGet V2 version handling and are often considered more readable. 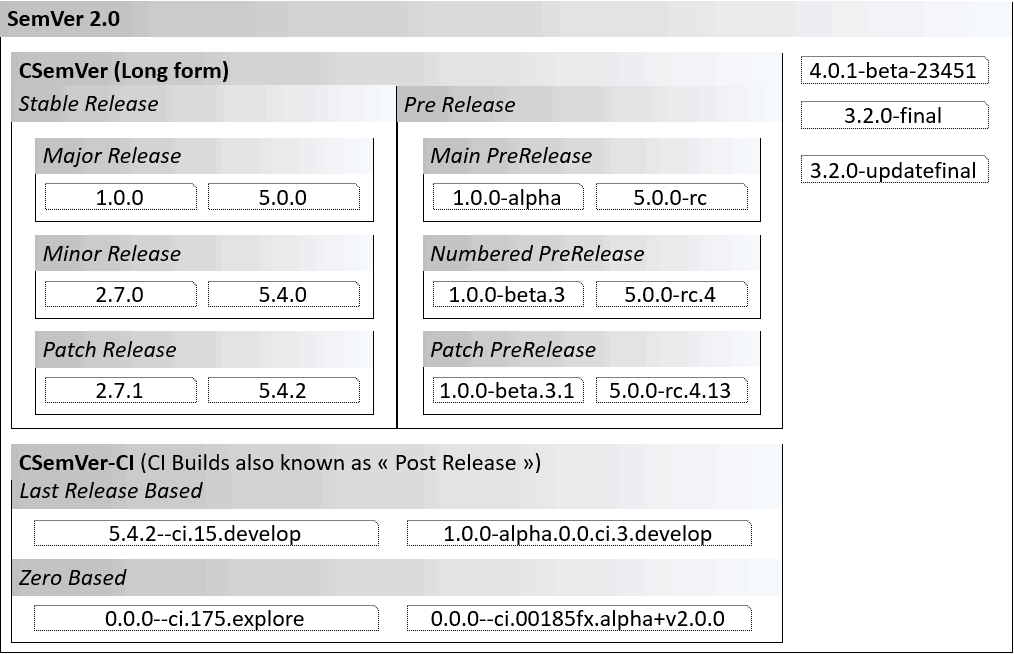 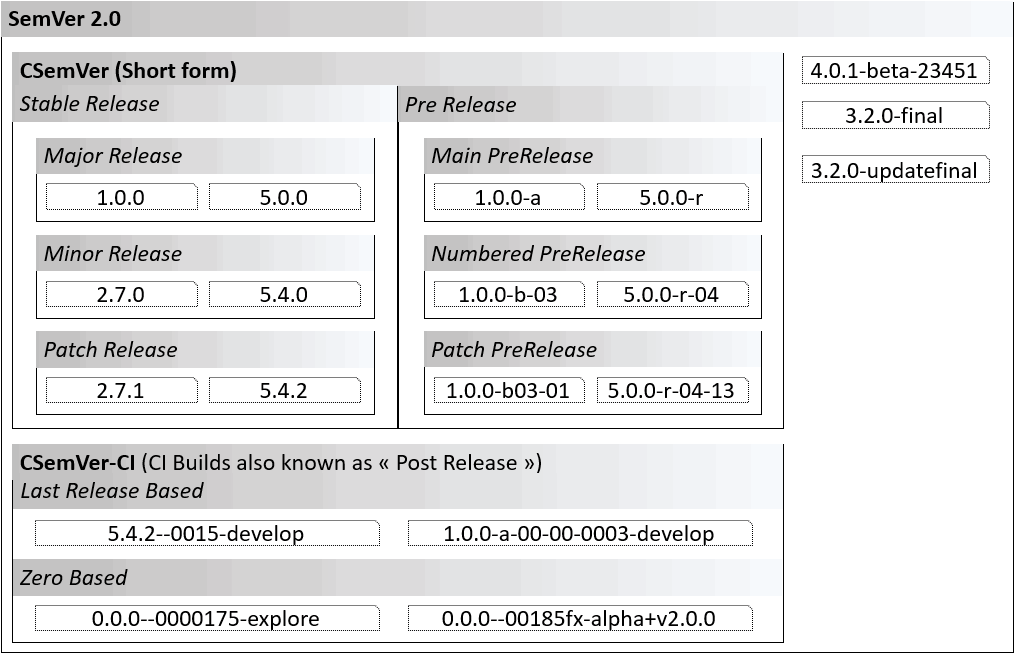 (1) The origin of this Short form is that NuGet packaging system in its V2 version (2015) did not follow Semantic Versioning (the 'special name' - the prerelease part - was simply ordered lexically in ASCII sort order). Moreover this 'special name' could not exceed 20 characters. The latter is the reason why the Short form uses only the initial of the prerelease name (in order to support CSemVer-CI LastReleasedBased versionning).

3 - CI builds correspond to productions that are not actual releases: the version has to be automatically created since no real version exist for them. A CI build is defined by: a BuildIndex that is a number or an identifier that gets bigger for each new build (it is usually a simple integer that is provided by the CI process or a timestamp) and a CIBuildName that identifies the source, the nature, or any other constant key of the build (this is usually the name of the 'branch' in a SCM) .

The Constrained Semantic Versioning specification is authored by Signature Code.