This version is deprecated. v1.0.0-rc removes chi, iota, lambda, mu and omicron PreRelease names and limits the Minor to be between 0 and 49999 (instead of 99999). This enables CSemVer version number to fit in a signed 64 bit integer (instead of requiring an unsigned one). 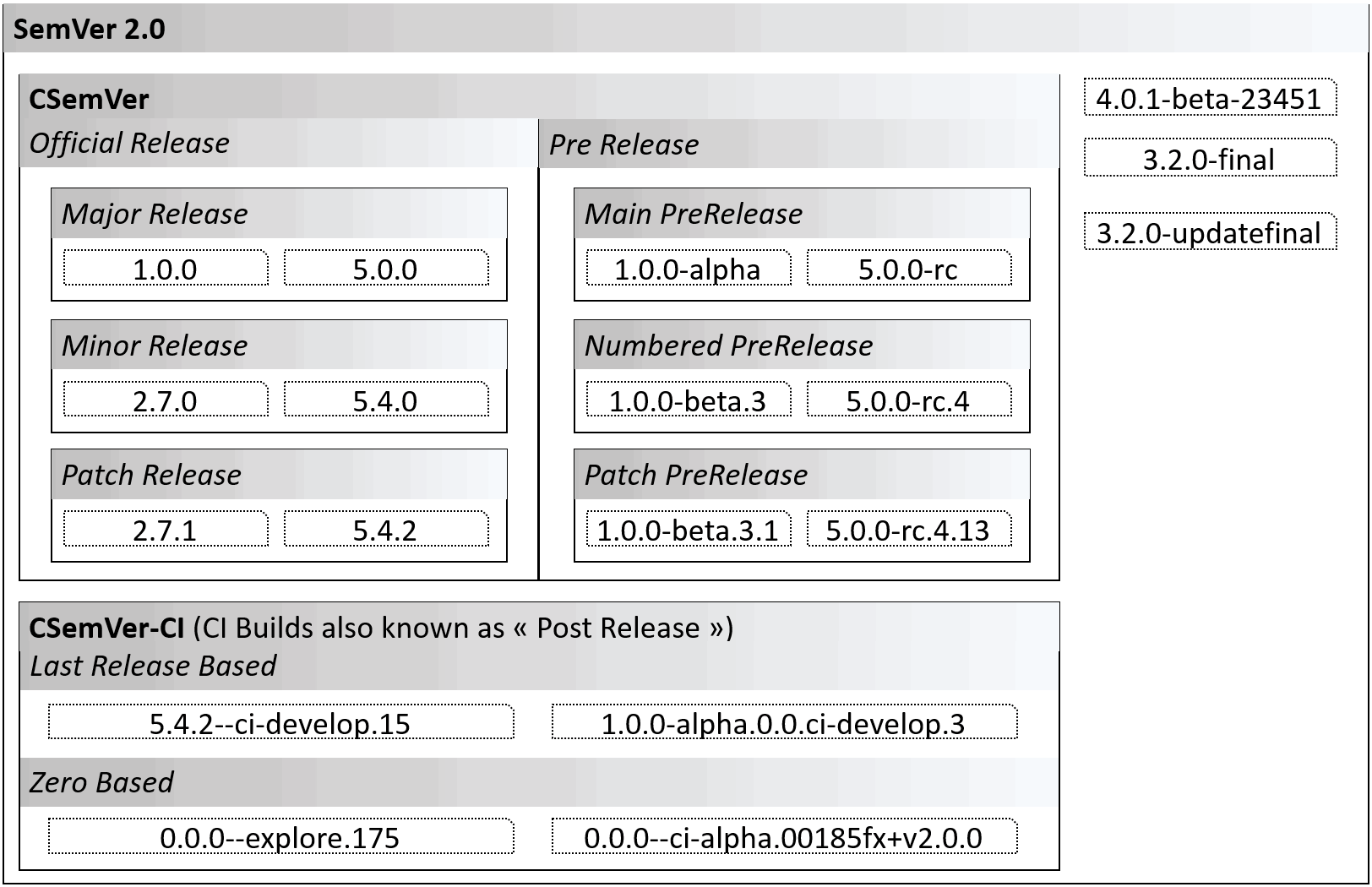 (1) The NuGet packaging system in its V2 version (2015) do not follow Semantic Versioning (the 'special name' - the prerelease part - is simply ordered lexically in ASCII sort order). Moreover this 'special name' can not exceed 20 characters. The latter is the reason why the NuGet V2 package name presented here uses only the initial of the prerelease name (in order to support CSemVer-CI LastReleasedBased versionnig).

2 - CSemVer makes possible to really control the versions that are published. The valid successors (according to Semantic Versioning rules) of any version can be computed (there can be up to 43 successors to a version) and, respectively, one can decide whether a version is a valid predecessor of any other version.

3 - CI builds correspond to productions that are not actual releases: the version has to be automatically created since no real version exist for them. A CI build is defined by: a CIBuildName that identifies the source, the nature, or any other constant key of the build (this is usually the name of the 'branch' in a SCM) and a BuildIndex that is a number or an identifier that gets bigger for each new build (it is usually a simple integer that is provided by the CI process or a timestamp).

The Constrained Semantic Versioning specification is authored by Invenietis.